Aldi “So Crafty” down tube guard

One thing I’m keen on is avoiding holes in my down tube caused by flyng rocks. On my Nukeproof I forgot to stick an old tyre on the down tube at Afan once and had to pull a rock out of the underside of the bike, after it had flicked up and embedded itself. Lesson learnt, wear protection.

A section of old tyre is the traditional method, but I’ve been using a strip of cutting board on the Nukeproof ever since the aforementioned incident with great success. On the Mega it was stuck on with double sided velcro so it was easily removable too, bonus.

The Crafty though has three cables/hoses running along the down tube (which likely would be glad of some protection too) so velcro wasn’t going to work. I pondered somehow using the cable guides, but quickly dismissed that idea as awkward and requiring a very long guard. Zip-ties it is.

As for the cutting board, well I just so happened to be perusing the isles of Aldi and spotted their “So Crafty…” range of craft things, including a pair of pink cutting boards for £3. Sorted. Oddly cutting a cutting board with a Stanley knife is pretty easy, as is drilling four holes. 2 zipties and we’re done. 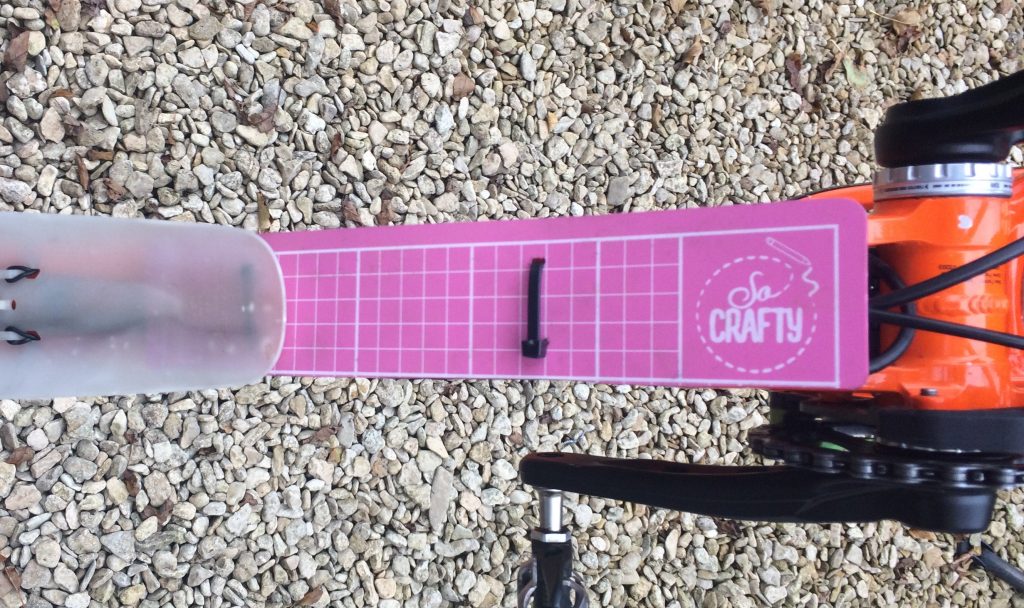 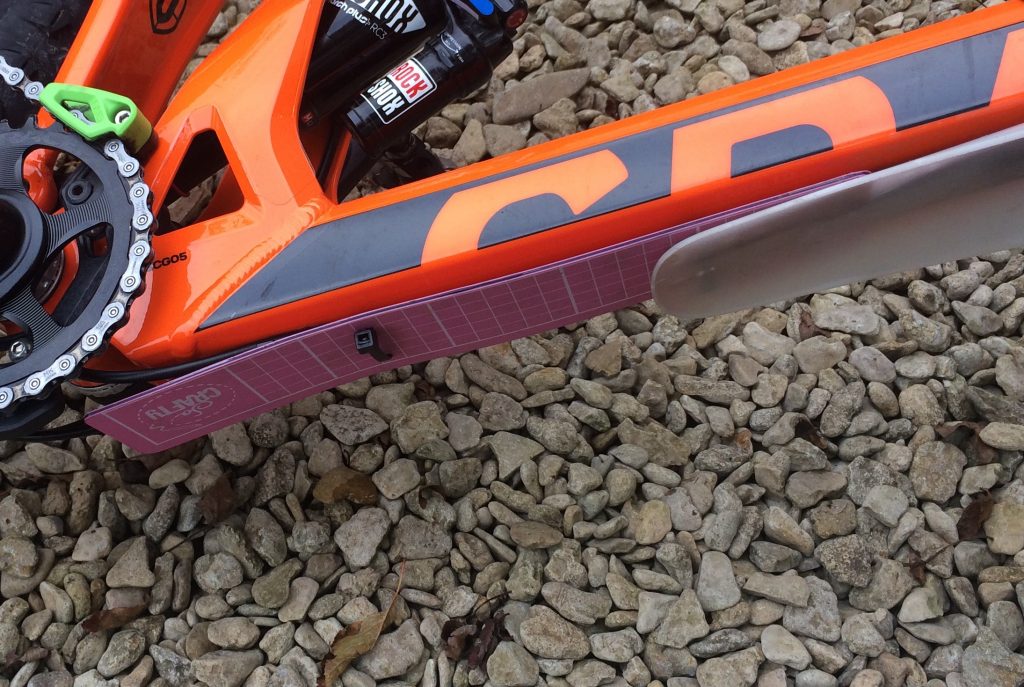