4 days riding in the Italian Maritime Alps. Its a good way to get to know a bike. Its also a good way to remember just how long the Crafty is when it doesn’t fit in your bike box…

I was down in Molini for a long weekend with Riviera Bike. 3.5 days of shuttle assisted riding with the boys and girls from TFTuned. Its work you know, honestly.

Before I headed south I thought it best to make sure the suspension was working at its best. The Monarch+ isn’t the best of shocks but its not too bad. The IFP change was low, as is typical on OEM shocks, so 300psi of nitrogen and a tightening of the valve sorted that. New low friction bushings replaces the standard metal backed bushes to make things as plush out back as possible. The Yari comes stock at 140mm and gives a head angle of 68.5 degrees. The 2017 Crafty XR+ comes with a 160mm fork, so I figured I’d pop a longer air shaft in the Yari and bump it up to 160mm which gived a 67 degree head angle.  Whilst I was there it had a good lube (it was dry inside from new!) and some PUSH wiper seals fitted too, plush up front now too. 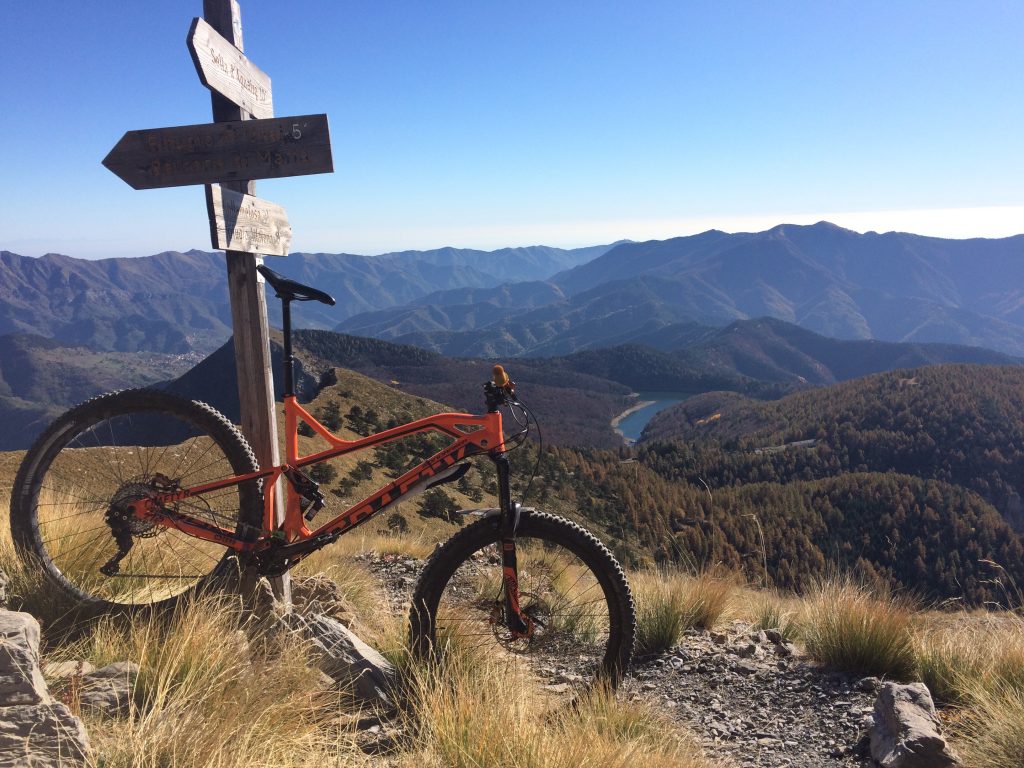 Molini’s trees were just shedding their leaves when we arrived so the ground underneath was a mystery, but it wasn’t smooth! There were plenty of tight switchbacks interspersed between flat out sections, meaning the riding was nothing like anything I’d ridden on the Crafty. 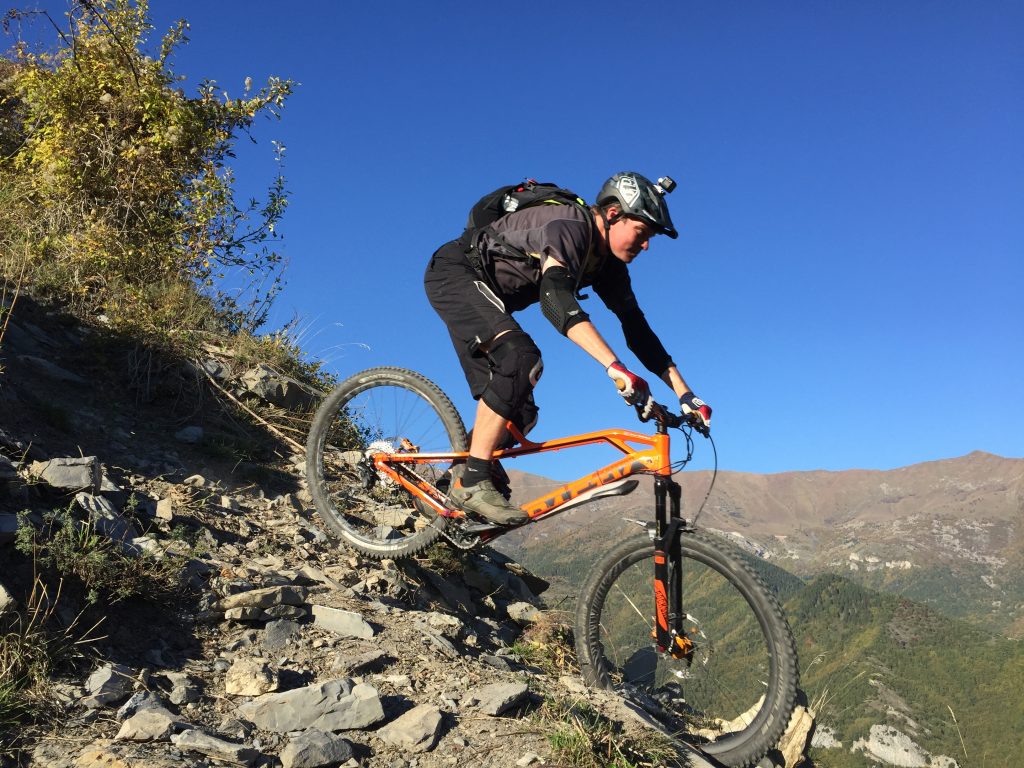 So how did it cope. Well, my major bugbear was that the tight rear clearance meant it picked up leaves every so often, and made a leaf buzzing tyre noise. Which should tell you something if that was the biggest issue. It took me a few corners to start to work out how to turn, my old Mega is much shorter so it turns quite differently. The Crafty, with me on-board, seemed to work best with a rearward weight balance and lent over. Do that and it rails corners just lovely. Until the corner is a switchback and then the length means you have to get all Enduro endo to bring the back round. At speed the stability was impressive too. 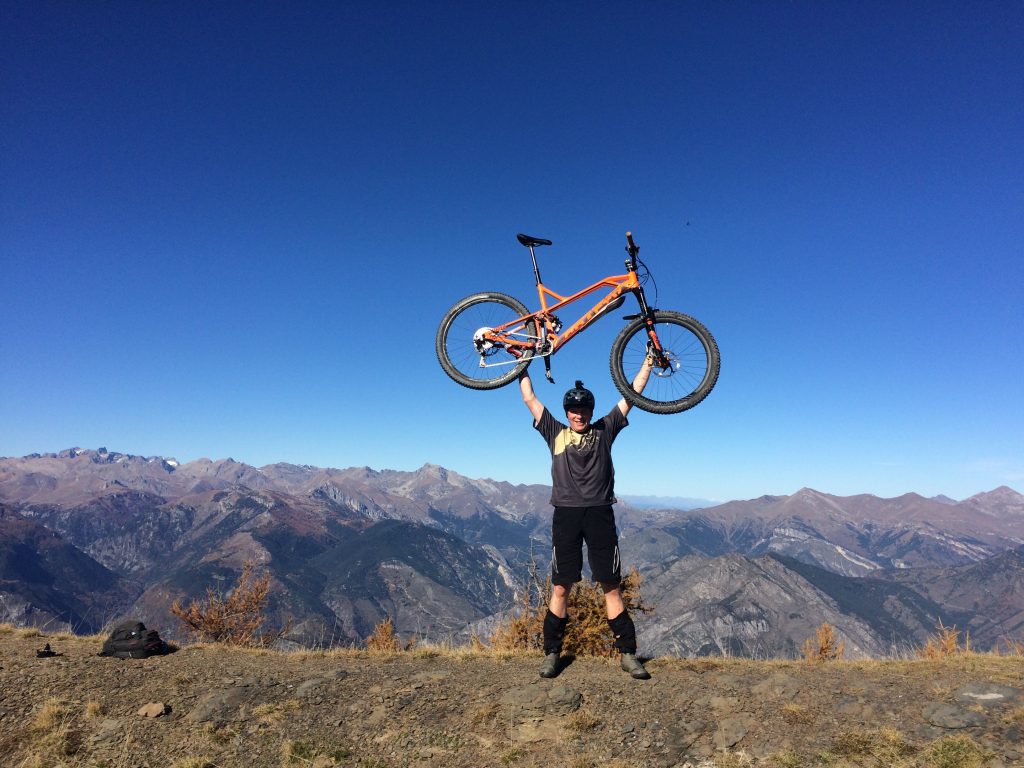 On the last day we did a long rough gravel fireroad climb to climb from 1500m to 2135m. I just flicked the lock-out on the climb was fine. Sure, its not an XC machine but from 2135m down to 430m I didn’t want an XC machine! The extra pressure in the IFP meant the backend bobbed a lot less that when I was up in the Lakes and the extra length in the fork didn’t make itself felt on the climb (but felt much better on the downs), so I’m pleased with that.

I’ll leave you with this nice view and I’ll be back with a few specific posts shortly. 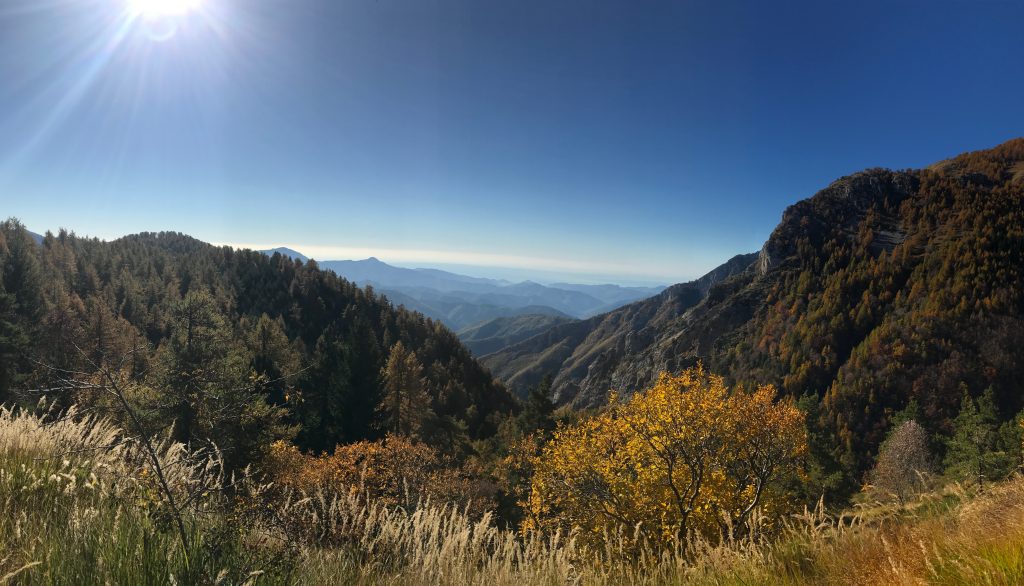