“Late Feb” was the expected delivery when I ordered the frame. Cotic say they ship on Thursdays so if they were going to make that it had to ship on the 22nd. And it did. When the TNT man came on Friday he was in shorts (naturally, its 1C outside) and commented he hoped I had fun with it. Nice. 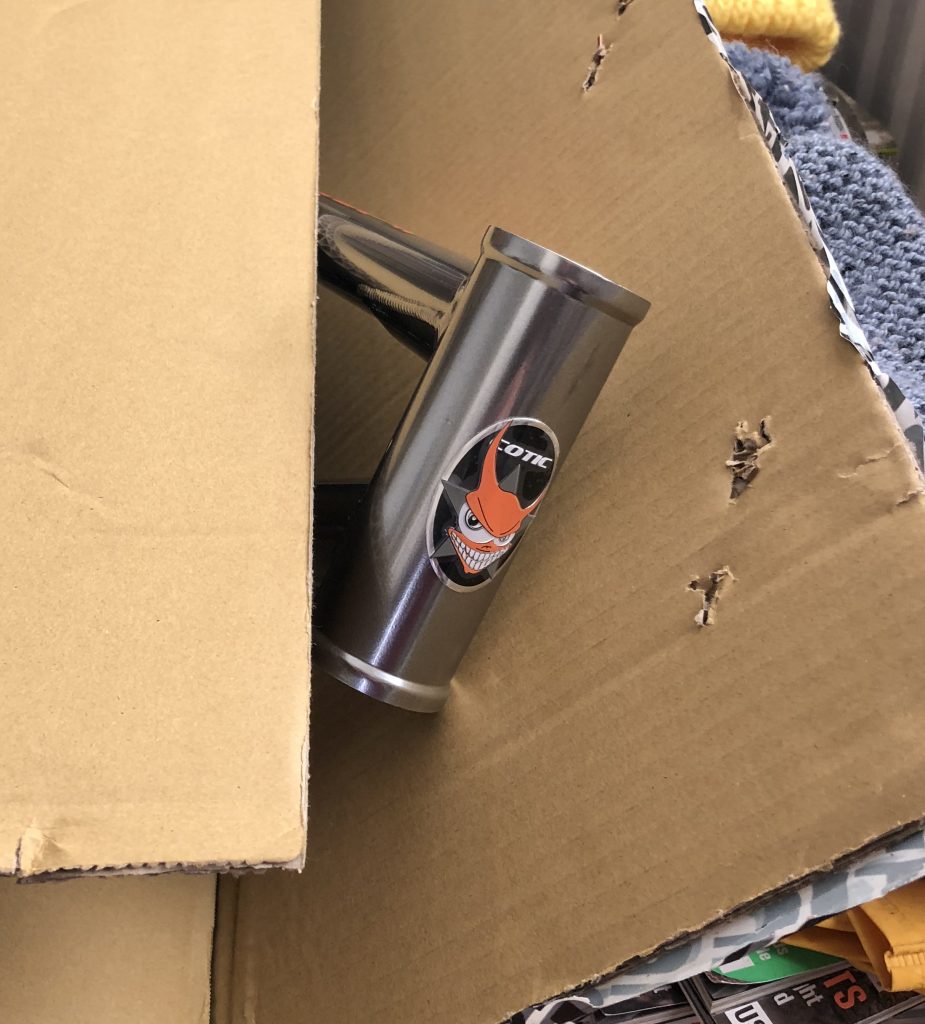 After popping the box open I found two bags of bits. One I’d expected (chainstay protector, stickers, dropout, etc) and one I’d not. If you ordered an orange Hope headset and seat clamp I have it! Popped an email over to Cotic and indeed its an accident so I’ll pop that back in the post. I appear to be missing the downtube bolt-on cable guides and the chain guide, so hopefully on Monday when Cotic read my email they’ll pop those in the post. I know they are a small company, but since they only sell direct now I’d have expected better stock management.

The lack of guides isn’t an issue for me really (though I could see it pissing off someone super keen to get out riding on their new bike) since I’m boxing the frame back up and shipping it off up to Invisiframe for them to create a kit for the new FlareMAX and to apply said kit for me.

For now then all I can do is wonder how the rear brake mount works (I can make an educated guess, but it’d be nice for Cotic to actually tell you) and stick the bare frame on the scales (4165grams with XFusion shock and rear axle, no guides or seat clamp). We’ll pick this blog up again in a week or so once the frame is back from up north.

Update: Paul from Cotic apologised for missing the cable guides and chain guide. Apparently they were on auto pilot when packing and I got the bits for the old FlareMAX. New parts in the post (but delayed by snow).