With the frame back from InvisiFrame it was time to build. Everyone’s build will be different, so I’ll skip the details of mine, but here are some of the issues I had…

When all is said and done, nothing is a show stopper. I’d have expected things to be a little neater on a v2 design, but if Cotic have spent the time on the ride then fair enough. Speaking of riding, lets!

First though, a glamour shot. 15.47kg. Don’t tell the wife I put a bike in her flowerbed 😉 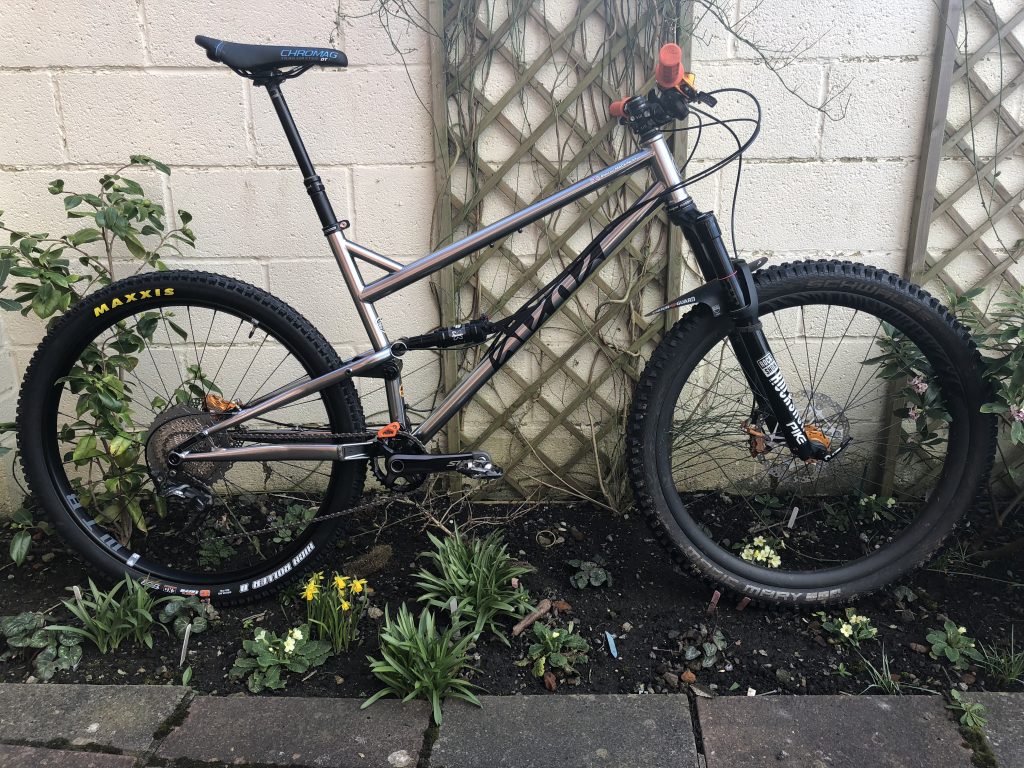