I’ve held off on writing this post until Cotic had had a chance to sort things, which they now have. So….

It turns out that my frame was a air freighted early sale version, which means I got it sooner, but seemed to mean I got it before Cotic was really ready to sell it. When I looked in the bag of bits I noticed I was missing the cable guides and the chain device. I popped Cotic an email and they said they must have made a mistake and sent me a parts bag from an original Flare and would pop the guides in the post. The following Friday indeed an envelope arrived with three cable guides and a chainguide in. So I built the bike up.

When building I realised I didn’t have the guide for the rear brake hose, but I had a spare brake rotor bolt so that sorted that. The chainstay protector was too small also, but no matter as I was going to use mastic tape anyway. The rear gear cable routing was messy to me, the rear exit hole is massive and the cable rattles about in it, so I wrapped some tape round the housing ’til it fit the hole. I also couldn’t fit my brake caliper, something Cotic know about but don’t tell you (Hope calipers need to use Shimano adapters, not Hope’s own) and the chainguide needed ghetto spacing to fit (SLX cranks, nothing odd). 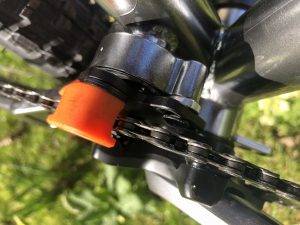 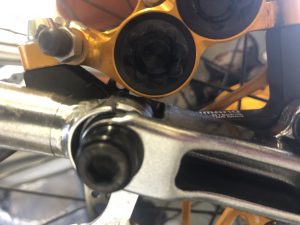 With that, I went riding. I blew the shock up, but I also noticed a bit of a rattle, which started quite quietly but after 3 or 4 rides ever bump would cause a ping noise. Same noise standing or seated, pedalling or coasting. Cable rattle. I hate internal routing, to me it has no place on a mountain bike. Sure, it looks better but who the feck cares? Oh, the masses care. Bastards. So to prove my thinking, I took the internal cable out of the seatstay and taped it on externally (ghetto style) and behold, silence. I dropped Cotic an email asking about the rattle. “Never had any issues”. Helpful. “Are you sure its cable rattle, other things rattle”. Well yes, yes they do, but here, see this photo. “Oh. Are you using the grommets?”. What grommets? Surprise,  more things Cotic should have included but didn’t. Next friday’s post arrived with an envelope from Cotic with two grommets in. Fitted those, silent. Nice. 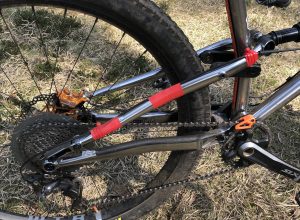 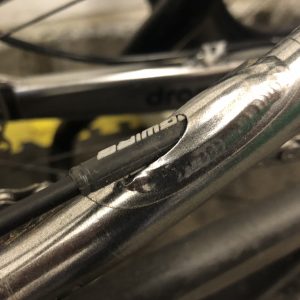 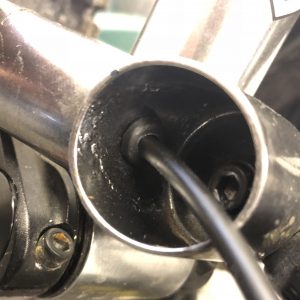 Teething issues for sure, but from a brand that recently dropped supporting sales through local bike shops and went direct-to-brand only, I’d have expected better QC when shipping out frames. Also things like some of the pivots being assembled dry and the bearings being really, really stuff (not dirty or seized, but incredibly hard to turn and they don’t free up much either).I’ve since learnt that Cotic say all frames some “faced and chased”. My BB threads were lovely and smooth, but my headtube wasn’t reamed, or not well anyway. So, overall my impressions of buying a Cotic frame are a bit “Meh”. Nothing show stopping, but not quite what I’d have hopped for. Good job it rides well. More on that soon…